“This youth center is for the children. It is dedicated to providing a better opportunity for young people in this neighborhood to practice, to learn, to study, and to sharpen their skills and intellect.”

Growing up on Chicago's South Side

Gary Comer grew up in an old brick house on the corner of 69th and Kimbark Streets in the Grand Crossing neighborhood on Chicago's South Side. He attended Paul Revere Elementary School and Hyde Park High School. Imbued with a strong love of Lake Michigan from an early age, Mr. Comer became a world-class competitive sailor, winning the North American Star Class championships and a bronze medal in the Pan American Games in 1959. Mr. Comer worked as a copywriter for Young & Rubicam Advertising. In 1962, he was voted “Copywriter of the Year” by the Chicago Copywriters Association. In 1963, he founded the direct merchant company Lands’ End. Mr. Comer served as President and CEO of Lands' End until 1991 and then as Chairman of the Board until 2002. Under his leadership, Lands’ End was recognized as one of the “100 Best Companies To Work For In America” in 1993, from 1998 to 2000 and in 2002. In 2002, Mr. Comer sold Lands’ End and turned his full attention to philanthropy.

In 1998, Gary visited his grammar school, Paul Revere Elementary, and found that the school and its surrounding neighborhood faced many challenges. Gary had a desire to help and began by donating funds for facility and teaching improvements. Gary’s commitment grew, creating additional partnerships that led to the creation of the Gary Comer Youth Center. The youth center opened in 2006 with the vision of providing an inspiring space for young people to learn, grow and succeed. Gary's initial investment and vision laid the foundation for the Comer Education Campus. 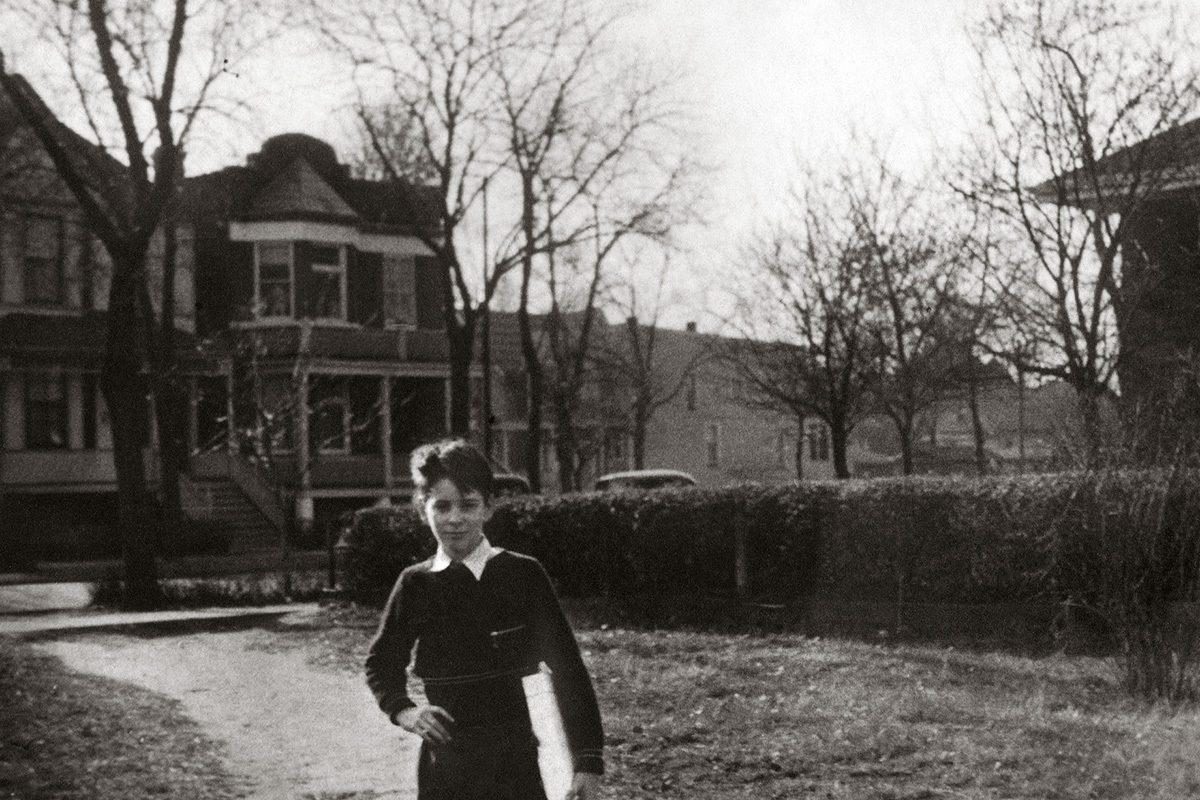 Gary Comer near his childhood home in Greater Grand Crossing

I never lost the curiosity to know what was beyond the wall, any wall I encountered.

When I was 7 years old, my mother had friends who owned a house at the edge of Lake Michigan, at the end of 72nd Street, on the South Side of Chicago. Behind the house was a strip of sand beach where we had permission to swim. It became a family destination on hot summer days. Bordering the north side of this little beach, extending boldly out into Lake Michigan, much further than we could swim, was a wood-piling seawall. On top of the seawall, rows of hedges and trees effectively shielded the members of the South Shore Country Club from the prying eyes of the outside world.

I had a burning desire to know what was on the other side of that barricade. Surely it was something glorious (it was downtown Chicago). This would later become an obsession to know what was at the end of Lake Michigan and then what was on other side of Lake Superior and across the Atlantic and Pacific Oceans. I thought back then, when I was 7 years old, if I only had a little boat, I could paddle to the end of the wall and see what was beyond it. The thought never left me. A few years later, as a freshly minted teenager, I joined a Chicago Park District boat shop program and began to build a kayak. Although the kayak was never finished (providently), I met sailors from the local yacht club who took me under their wing and taught me to sail in exchange for my services as a bottom sander and scrubber. It eventually led to having my own boat, followed by having my own business. I never lost the curiosity to know what was beyond the wall, any wall I encountered.

Thanks for signing up!